Indeed, our works of art are defined by math, by precise formulas! In some sense, the math behind our objects IS the art.

This math is moved from abstract math space into the real world using top quality materials and machines such as laser-in-glass machines, most recent 3d printers, laser cutting of mind-blowing acrylic.

Dr. Oliver Labs – the head behind MO-Labs – is a mathematician, computer scientist, and artist. For more than 20 years, he has been creating 2d and 3d visualizations of mathematics. Often, Oliver does even create the formulas behind his shapes by himself – e.g. for his well-known cubic surface models or for some of his famous world record surface glass sculptures.

Oliver also implemented many of the software tools he uses by himself – sometimes by using software developped by other people. E.g., the tool to visualize the math during the creative process of finding the right formula, and also the tool which computes the 3d data from the formula.

Our glass sculptures visualize math objects almost as perfectly as in the mathematically abstract world.

A laser creates hundreds of thousands of tiny defects inside an extremely homogeneous block of glass. These reflect light in an astonishingly beautiful way.

Some of the most fascinating objects for this math-in-glass are the world record surfaces, such as the Barth Sextic.

Oliver’s math sculptures are created from a wide range of materials. The image shows one of his well-known cubic surface sculptures. Oliver’s models of cubic surfaces shown in collections of math departments and math museums all over the world are usually produced in white plastic by 3d printers.

The example shown here is in gold plated brass. This materials features fascinating reflections focussing on the abstract beauty of the curved mathematical shape.

Computer renderings of algebraic geometry has been our major speciality since 1999 when Oliver started working on cubic surface visualizations.

His images of world record surfaces have been shown in Imaginary exhibitions since 2008, e.g. at the Deutsche Museum in Munich, Germany. 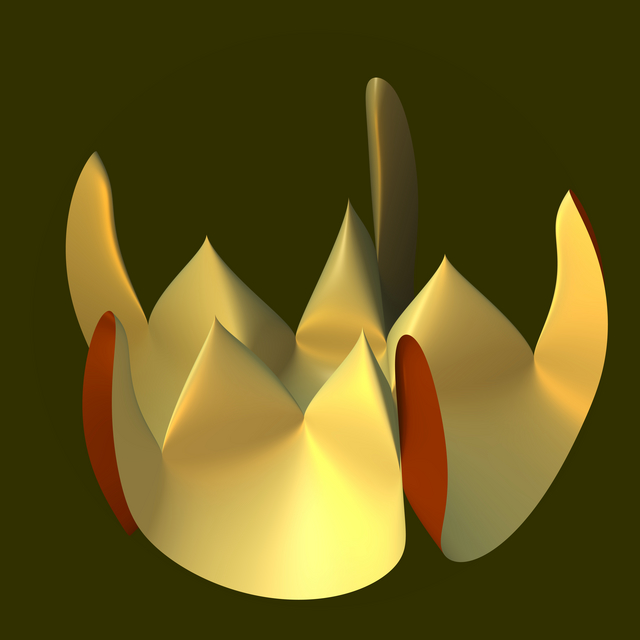 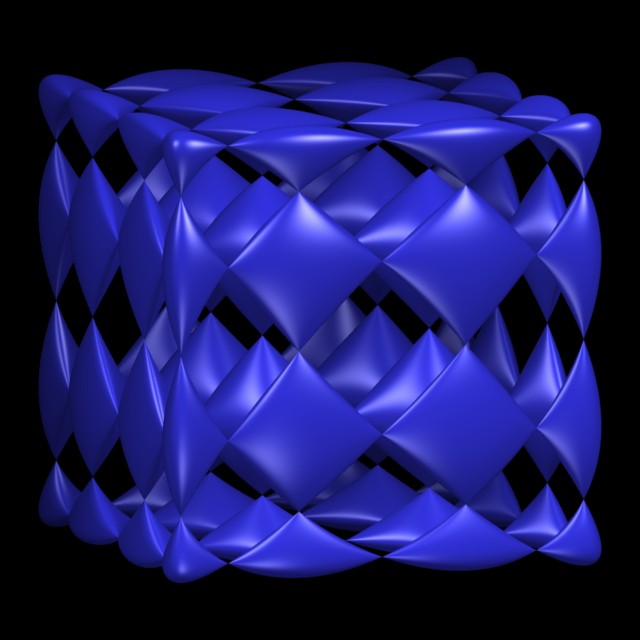 As a teen-ager, Oliver Labs was fascinated by developping his own software to visualize mathematics. At that time (the last 1980s) mainly software for interactive elementary geometry in 2d. He also developped a software for creating (not quite photo realistic) 3d-renderings of surfaces of revolution defined by a curved line “hand-drawn” using the computer mouse.

Oliver started visualizing cubic surfaces in 1999 while working on his diploma thesis at the university of Mainz, under the supervision of Prof. Dr. Duco van Straten.

From 2000 to 2009, Oliver Labs worked as a researcher in applied and pure math, one of his main topics of interest being the creation of interesting equations, such as those for world record surfaces. One of the major outcomes of his ph.d. thesis was the construction of a surface of degree 7 with 99 singularities which still holds the current world record for these kinds of surfaces.

In 2008, he became known to a wider audience as the visualizer of algebraic geometry via his 3d renderings shown in Imaginary exhibitions world-wide.

Since about 2002, Oliver has been creating 3d math models using 3d printers. About 2010, laser-in-glass became a second important technique for Oliver’s visualizations of math in 3d.

Latest From Our Blog

From time to time, we publish here some posts on our work. 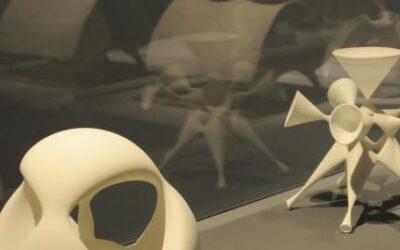 MO-Labs creates Math Objects with a great diversity. Our guiding theme is "No Arts - Just Math"; in fact, most of our objects are based on a single mathematical equation! If you want to hold a particular mathematical object in your hands which we have not produced... 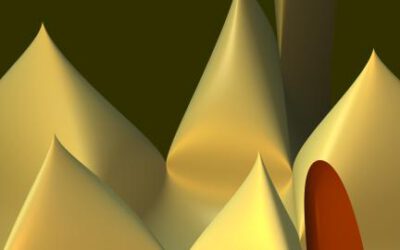 Our mathematical objects have been exhibited many times all over the globe. Some of our computer generated math images are even part of permanent collections of museums. One of these is the Deutsches Museum (German Museum of Science and Technology at Munich, Germany)....

On 300 square meters (about 3200 square foot) the exhibition Forms and Formulas (from May 2012 until 2016 in Lisbon, Portugal) displays more than 60 of our mathematical models, most of which are made in a white material which is both very strong and a little flexible... 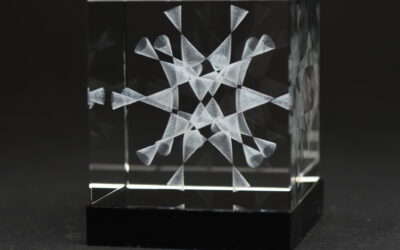 We now have a NEW ONLINE-SHOP for math in glass: www.Mathe-in-Glas.de (in German). Unfortunately, this online-shop is only available for our customers in Germany. 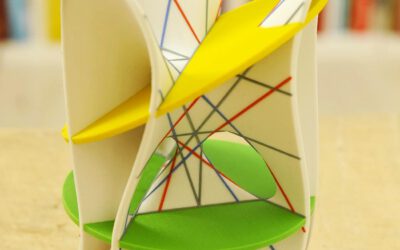 MO-Labs models in the Mathematical Intelligencer

Oliver Labs wrote an article on straight lines on curved surfaces which appeared in May 2017 in the Mathematical Intelligencer in a special issue on mathematical models. The cubic surface models discussed in this article are some of the most classical mathematical... 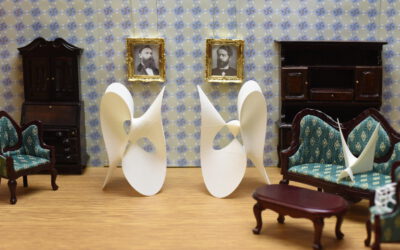 Our catalogue is online on math-sculpture.com

Since February 2017, our catalogue is online on math-sculpture.com. On this website, we aim to present all our mathematical sculptures, eventually. The main advantage of using this catalogue over using our shop on shapeways, is the fact that it is much better...

We are very happy that the exhibition "Forms and Formulas" which took place from 2012-2016 in the science museum in Lisbon, Portugal, is now presented at the university of Lisbon in an adapted version. The white math sculptures you see in the photo were produced by... 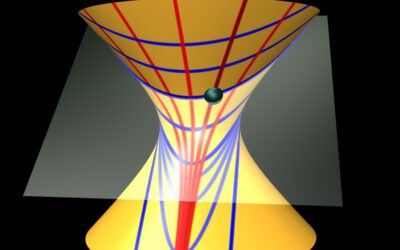 For David Rowe's 2016 paper on the history of cosmology called "A Snapshot of Debates on Relativistic Cosmology" MO-Labs provided some images, and here in the internet you may view the corresponding animations: Animation for figure 9: Weyl's foliation of de Sitter... 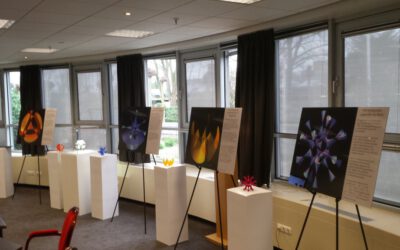 MO-Labs is honoured that the NWD 2016 organisers from Freudenthal Institut, Utrecht University, decided to make some of their beautiful historical 3D-models together with some of our 3D-printed modern Math Objects a central part of this year's exhibition during the...

This is a photo of our Clebsch Diagonal Cubic Surface in colored Plastic in 15cm (6in), shot during the exhibition of mathematical models at the NWD 2016 in the Netherlands. Before being colored, the 3d-print gets polished resulting in a wonderful smooth finish. The... 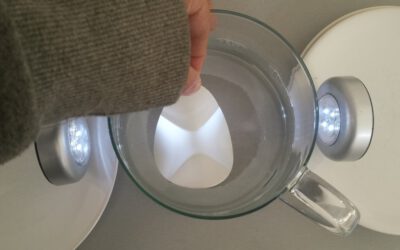 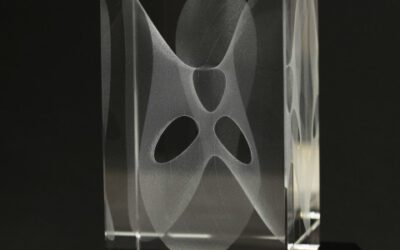 MO-Labs is honored that the organizers of the AGACSE 2015 conference asked us if we could sponsor the prize sculpture for this year's best work submitted to the conference. The Clebsch Diagonal Cubic Surface is probably the most famous classical mathematical model....

Draw your own Mandalas using your Android Device. Print them and paint them later by hand and pencil, or share them with your friends. Symmetric figures are fascinating anyway. But with Mandala Maker, you can do more: You may use different symmetries in the same... 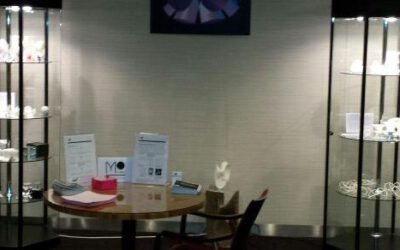 MO-Labs presents an exhibition during the Nationale Wiskunde Dagen (National Math Days) 2015 in the Netherlands, January 30 and 31. You may purchase most of our 3d-printed objects via our online shop: www.shapeways.com/shops/MO-Labs/ For the other objects, such as... 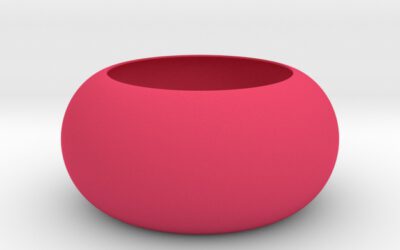 We are excited about this latest extension of our collection of mathematical models: models of surfaces of constant gaussian curvature. The shape of Constant Gaussian Curvature surfaces is fascinating not only to mathematicians; the visual appeal strikes everybody....

Where to purchase our math sculptures

Any object: Send an e-mail to us!
3d printed sculptures: Math-Sculpture.com